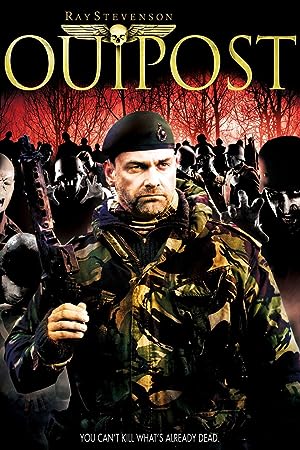 Summary: In a seedy bar in a town ravaged by war, mysterious businessman Hunt hires ex-marine D.C. to assemble a crack team of ex-soldiers to protect him on a dangerous journey into no-man’s land. To this gang of hardened warriors, battle-worn veterans and borderline criminals killing is just a job – and one they enjoy. Their mission – to scope out an old military bunker. It should be easy – 48 hours at the most. Lots of cash for little risk, or so he says. Once at the outpost, the men make a horrific discovery that turns their mission on its head – the scene of a bloody and gruesome series of experiments, carried out by the Nazis on their own soldiers during WWII. Amid the carnage, they find something even more disturbing – someone who’s still alive. As war rages above ground, and a mysterious enemy emerges from the darkness below, D.C. and his men find themselves trapped in a claustrophobic and terrifying scenario. Their mission is no longer one of safe-guarding – it’s one of survival. Together they must discover why Hunt has brought them to the outpost – and what it is that’s killing them off, one by one.