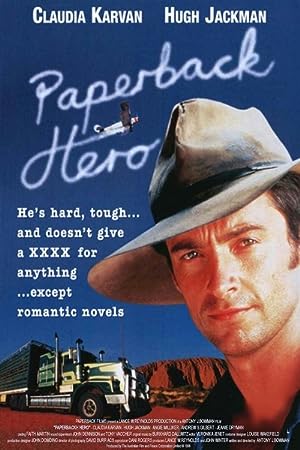 Summary: Jack Willis is a handsome roadtrain driver with a secret – he has just become a top-selling romance novelist. However, being a ‘man’s man’ in the Australian outlook, to avoid embarrassment, he needs a name, a woman’s name – and he chooses that of his best friend, Ruby Vale. He must do some fancy footwork to continue the charade when the glamorous city publisher, Ziggy, arrives in dusty outback Lucktown to sign ‘Ruby Vale’ to a major book deal. Ruby agrees to help Jack though it’s for her own gain as well – the publisher will pay for her coming wedding (with Hamish, Jack’s buddy). Accompanied by Jack, Ruby goes to Sydney to meet the media, appear on TV and cocktail parties, etc. Gradually, Jack realizes that he has fallen in love with Ruby, while Ruby is also touched by Jack’s novel. However, Hamish arrives in Sydney a few days later and asks both of them to stop all these foolish things…