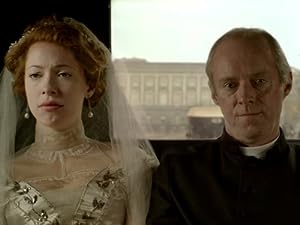 Summary: In 1908 civil servant Christopher Tietjens marries the pregnant Sylvia Satterthwaite though the father is probably her married lover Gerald Drake,as Christopher’s brother Mark points out. Four years on Sylvia is an unloving mother,disdainful of her husband’s liberal views and unfaithful with new admirer Potty Perowne. However Christopher forgives her and has her back for their son’s sake though her mother expresses her misgivings. Whilst playing golf with a reactionary M.P. he rescues suffragette Valentine Wannop,who is being pursued by the police. Along with his working class but talented writer friend Vincent MacMaster Christopher is invited to a meal with Valentine’s novelist mother and her friend Edith Duchemin,wife of a pedantic vicar whose eccentric behaviour brings Edith and Vincent closer. Christopher and Valentine also find themselves romantically drawn to each other during the summer solstice.