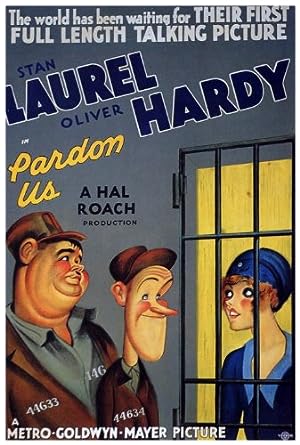 Summary: It’s Prohibition, and the boys wind up behind bars after Stan sells some of their home-brew beer to a policeman. In prison, Stan’s loose tooth keeps getting him in trouble, because it sounds like he’s giving everybody a rasp- berry. But it earns him the respect of The Tiger, a rough prisoner, and the boys manage to slip away during The Tiger’s escape attempt. They disguise themselves in blackface and hide on a cotton plantation, but are recaptured when the warden happens by. Back in the big house, they find themselves in a hail of bullets, caught between the state militia and gun-toting prisoners, when The Tiger tries another escape.