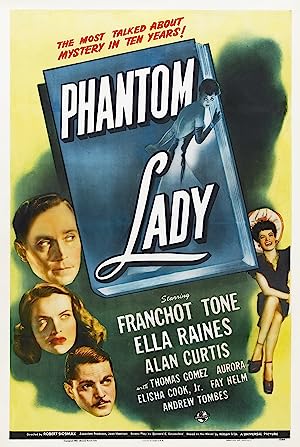 Summary: Unhappily married Scott Henderson spends the evening on a no-name basis with a hat-wearing woman he picked up in a bar. Returning home, he finds his wife strangled and becomes the prime suspect in her murder. Every effort to establish his alibi fails; oddly no one seems to remember seeing the phantom lady (or her hat). In prison, Scott gives up hope but his faithful secretary, “Kansas,” doggedly follows evanescent clues through shadowy nocturnal streets. Can she save Scott in time?