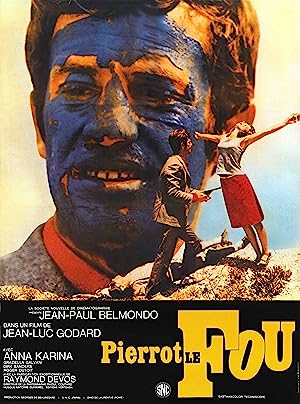 Summary: Ferdinand Griffon is married with his wealthy Italian wife and has been recently fired from the television station where he worked. His wife forces him to go to a party in the house of her influential father that wants to introduce Ferdinand to a potential employer. Her brother brings the babysitter Marianne Renoir to take care of their children. Ferdinand feels bored in the bourgeois party and borrows his brother-in-law’s car to return home. He meets Marianne, who was his lover five years ago and insists on calling him Pierrot, and offers to take her home. However, he spends the night with her and finds that she is involved in smuggling weapons. When Marianne is chased by terrorists, they decide to travel to the beach without any money, leaving Paris and his family behind in a crazy journey to nowhere.