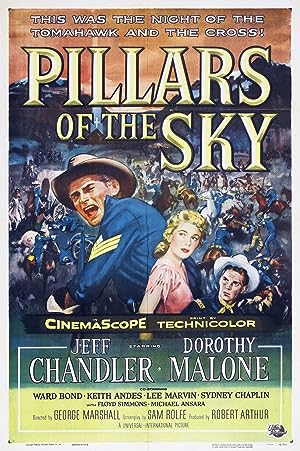 Summary: In Oregon Country, 1868, several tribes of Native Americans have been placed on a reservation north of the Snake River. Here Doctor Holden has built a church, and many of the tribes have accepted Christianity and Christian names. Sgt. Emmett Bell is in charge of maintaining order here. When the cavalry, under the command of Col. Stedlow, arrives, building a bridge across the river and intending to open a road across the reservation to areas north, some of the tribal chiefs feel their treaty has been violated. As the cavalry column advances into the reservation, Kamiakin vows to lead the tribes in battle against the encroaching white men.