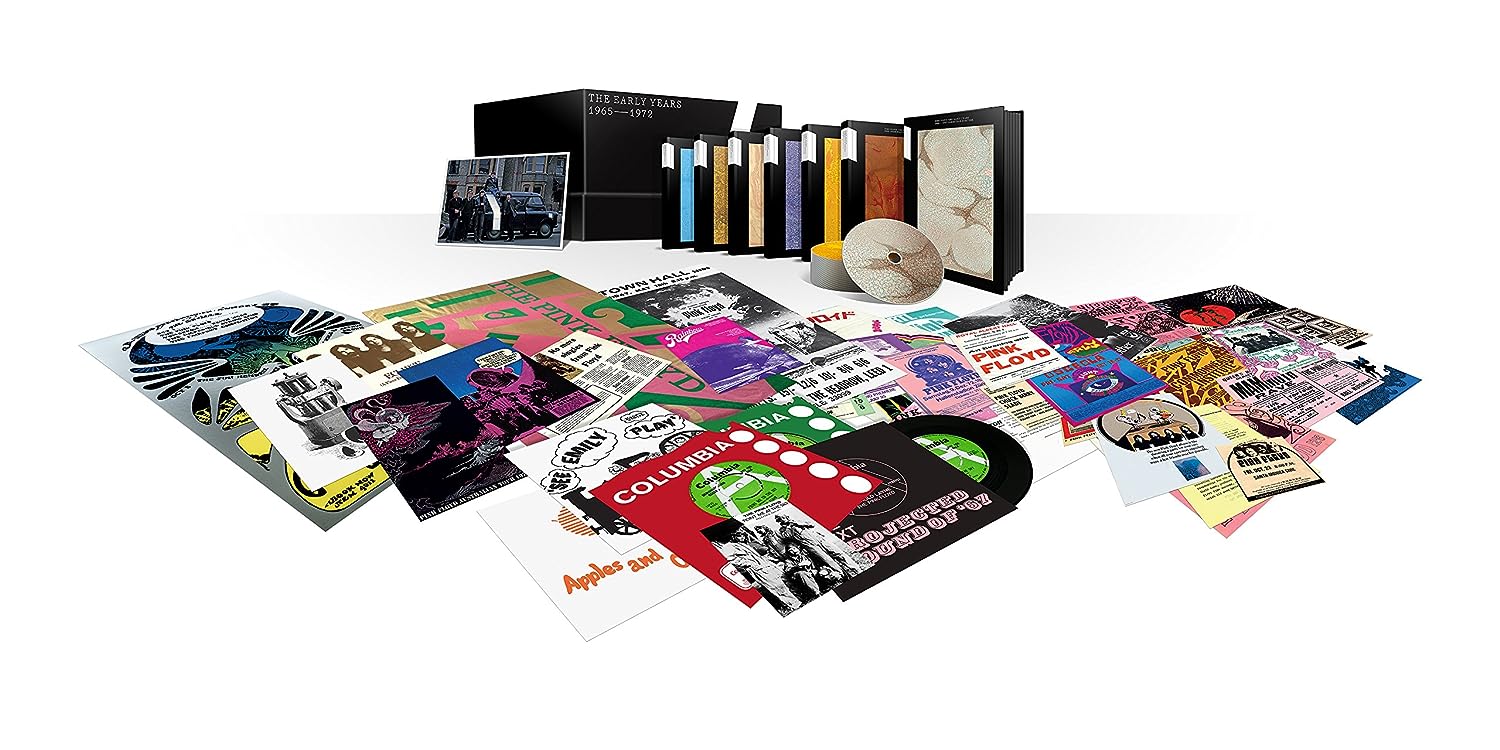 Summary: The Early Years 1965 – 1972 is a comprehensive 27-disc boxset that sees Pink Floyd delve into their vast music archive to produce a deluxe package that includes 7 individual book-style volumes, featuring much previously unreleased material. The Early Years box set contains unreleased tracks, BBC Radio Sessions, remixes, outtakes and alternative versions over an incredible 11 hours, 45 mins of audio (made up of 130+ tracks) and live and TV performance in over 14 hours of audio-visual material. The content includes over 20 unreleased songs, more than 7 hours of previously unreleased live audio and over 5 hours of rare concert footage, along with 5 meticulously produced 7” singles in replica sleeves, collectable memorabilia, feature films and new sound mixes. Previously unreleased tracks include 1967’s Vegetable Man and In The Beechwoods, which have been mixed for the first time, specially for this release.