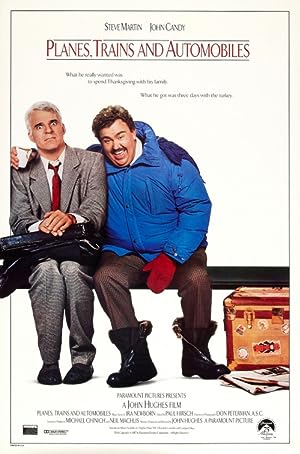 Summary: All that Neal Page wants to do is to get home for Thanksgiving. His flight has been cancelled due to bad weather, so he decides on other means of transport. As well as bad luck, Neal is blessed with the presence of Del Griffith, shower curtain ring salesman and all-around blabbermouth who is never short of advice, conversation, bad jokes, or company. And when he decides that he is going the same direction as Neal….