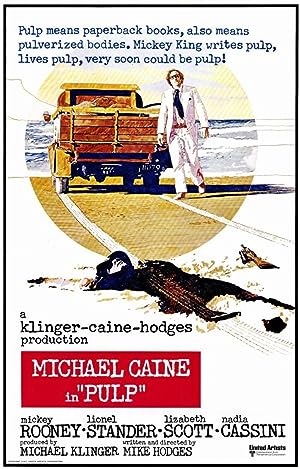 Summary: Michael King is a seedy writer of sleazy pulp genre novels under a half dozen sensational pseudonyms whose ambition is to dictate 10,000 words per minute to stenographers a la Earle Stanley Gardner. He’s recruited by the agent of Preston Gilbert, a quirky ex-Hollywood star currently living reclusively in exile in Malta, to help him write his biography. Despite being pursued by an enigmatic hit man, Gilbert has a large entourage of eccentrics and remains an inveterate practical joker. After Gilbert is eventually murdered by an apparent priest, King tries to stay alive himself while interacting with a variety of idiosyncratic characters including an ersatz princess, a henpecked clairvoyant, and a cross-dressing hit man.