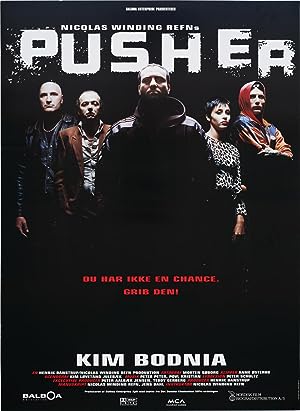 Summary: Frank is a drug pusher on the roll until he makes a huge deal with dope that he hasn’t paid for and he gets busted by the police. He manages to dump the dope in a nearby lake but he owes his supplier a lot of money (not a nice guy to owe money to). Now we follow Frank in his quest to raise money in the underworld of Copenhagen.