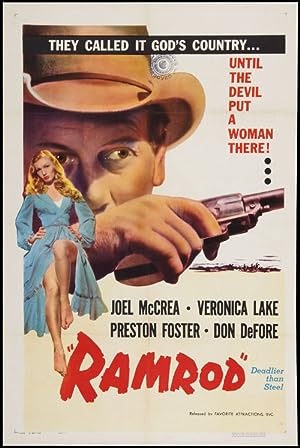 Summary: A cattle-vs.-sheepman feud loses Connie Dickason her fiance, but gains her his ranch, which she determines to run alone in opposition to Frank Ivey, “boss” of the valley, whom her father Ben wanted her to marry. She hires recovering alcoholic Dave Nash as foreman and a crew of Ivey’s enemies. Ivey fights back with violence and destruction, but Dave is determined to counter him legally… a feeling not shared by his associates. Connie’s boast that, as a woman, she doesn’t need guns proves justified, but plenty of gunplay results.