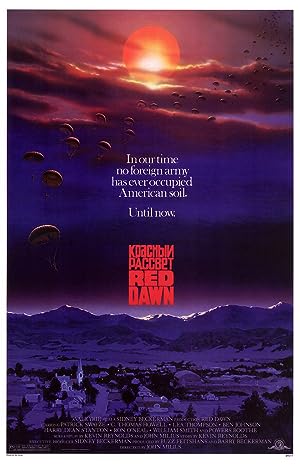 Summary: From out of the sky, Soviet, Nicaraguan, and Cuban troops begin landing on the football field of a Colorado high school. In seconds, the paratroopers have attacked the school and sent a group of teenagers fleeing into the mountains. Armed only with hunting rifles, pistols, and bows and arrows, the teens struggle to survive the bitter winter and the Soviet KGB patrols hunting for them. Eventually, trouble arises when they kill a group of Soviet soldiers on patrol in the highlands. Soon they will wage their own guerrilla warfare against the invading Soviet troops-under the banner of ‘Wolverines!’