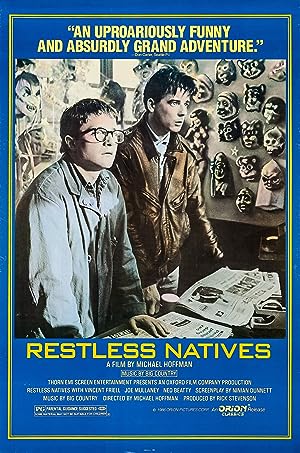 Summary: Two lads in Edinburgh embark on a non-violent spree of robberies. They dress up in clown masks and act as modern highwaymen, robbing coach loads of tourists in the highlands. In the process they become folk heroes to the locals. Their adventures make for a whimsical and gentle comedy, in the Bill Forsyth vein.