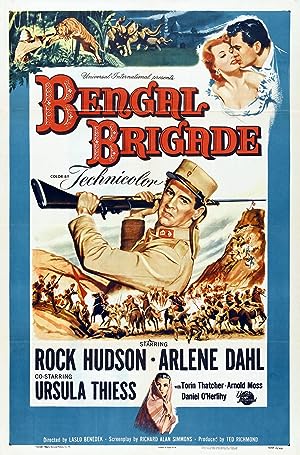 Summary: At the end of 1856, in Northeast India’s Malakai Pass, British Colonial troops under the command of Captain Jeffrey Steven Claybourne are staging an attack on Indian rebels’ position. The rebels are part of a major Indian uprising against the rule of the British East India Company which acts as a sovereign power on behalf of the British Crown. British colonial troops, formed with local recruits called Sepoys are divided between soldiers loyal to the British Crown and mutineers fighting against their former masters. Captain Claybourne has no reasons to be concerned with the loyalties of the Sepoys under his command. He is loved and respected by his soldiers, especially after he disobeys retreat orders and rushes to the aid of a doomed company of Sepoys which is caught in a meat-grinder during an ill-planned attack. Despite victory, the beloved captain is court-martialed for disobeying orders and cashiered out of the army. As a civilian, the ex-captain goes on safari but at one of the safari camps a mysterious stranger tries to kill him. Eventually, the attacker is identified as a messenger who spreads the word that the British are stealing the souls of the Indians. After returning to the city, Claybourne is informed about other messengers who speak of a prophesy promising British defeat after one hundred years of British colonial rule. The local Rajah, who’s in need of military men with good command skills, offers the post of general to Claybourne. Invited to the Rajah’s palace for dinner, Claybourne accepts the job. However, the British officers present at the dinner consider Claybourne a traitor. Seen as a traitor by the British and not fully trusted by his new Indian royal employer, Claybourne is caught between a rock and a hard place. To make matters worse, the Indian Insurrection is in full swing and Indian rebels are massacring all the white colonists. Claybourne is forced to choose sides.