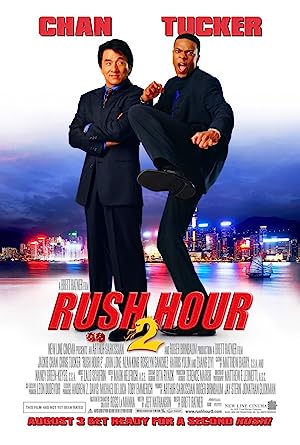 Summary: It’s vacation time for Det. James Carter and he finds himself alongside Det. Lee in Hong Kong wishing for more excitement. While Carter wants to party and meet the ladies, Lee is out to track down a Triad gang lord who may be responsible for killing two men at the American Embassy. Things get complicated as the pair stumble onto a counterfeiting plot by L.A. crime boss Steven Reign and Triad Ricky Tan, an ex-cop who played a mysterious part in the death of Det. Lee’s father. Throw in a power struggle between Tan and the gorgeous but dangerous Hu Li and the boys are soon up to their necks in fist fights and life-threatening situations. A trip back to the U.S. may provide the answers about the bombing, the counterfeiting, and the true allegiance of sexy customs agent Isabella. Then again, it may turn up more excitement than Carter was looking for during his vacation.