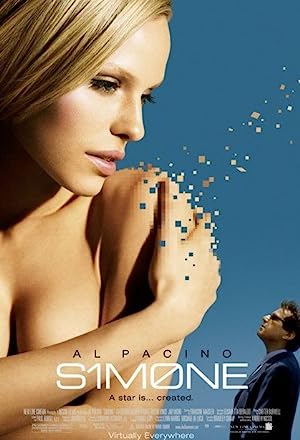 Summary: The career of a disillusioned producer, who is desperate for a hit, is endangered when his star walks off the film set. Forced to think fast, the producer decides to digitally create an actress “Simone” to sub for the star–the first totally believable synthetic actress. The “actress” becomes an overnight sensation, with a major singing career as well, and everyone thinks she’s a real person. However, as Simone’s fame skyrockets, he cannot bear to admit his fraud to himself or the world.