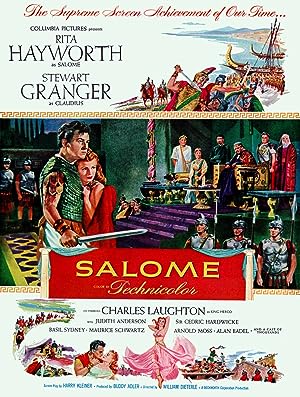 Summary: In the reign of emperor Tiberius, Gallilean prophet John the Baptist preaches against King Herod and Queen Herodias. The latter wants John dead, but Herod fears to harm him due to a prophecy. Enter beautiful Princess Salome, Herod’s long-absent stepdaughter. Herodias sees the king’s dawning lust for Salome as her means of bending the king to her will. But Salome and her lover Claudius are (contrary to Scripture) nearing conversion to the new religion. And the famous climactic dance turns out to have unexpected implications…