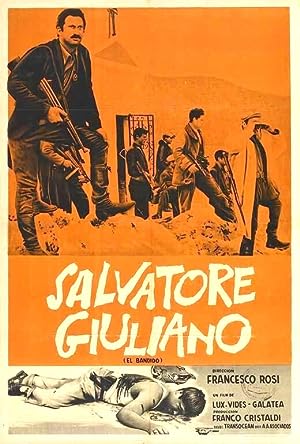 Summary: In 1950, 28-year-old outlaw Salvatore Giuliano is found gunned down in a Sicilian courtyard. Little is as it seems. The film moves back and forth between the late 1940s, when Giuliano and other reprobates were recruited by separatist politicians to do their fighting, and the days leading up to and following Giuliano’s death. After Sicily’s self-rule is declared, will the outlaws be pardoned as promised? And why does Giuliano order his gang to fire on a peaceful May Day rally? Police, Carabinieri, and Mafia have their uses for him. There’s a trial after his death: will the truth come out or does the code of silence help protect those in power?