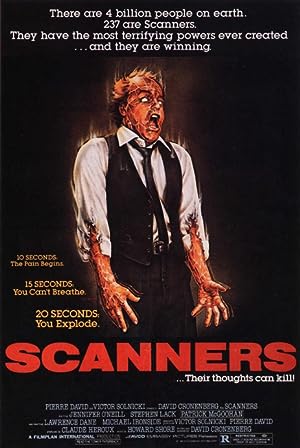 Summary: Darryl Revok is the most powerful of all the scanners, and is the head of the underground scanner movement for world domination. Scanners have great psychic power, strong enough to control minds; they can inflict enormous pain/damage on their victims. Doctor Paul Ruth finds a scanner that Revok hasn’t, and converts him to their cause – to destroy the underground movement.