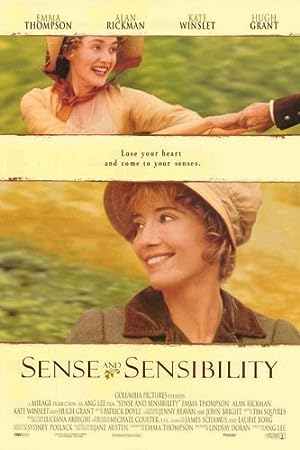 Summary: When Mr. Dashwood dies, he must leave the bulk of his estate to the son by his first marriage, which leaves his second wife and their three daughters (Elinor, Marianne, and Margaret) in straitened circumstances. They are taken in by a kindly cousin, but their lack of fortune affects the marriageability of both practical Elinor and romantic Marianne. When Elinor forms an attachment for the wealthy Edward Ferrars, his family disapproves and separates them. And though Mrs. Jennings tries to match the worthy (and rich) Colonel Brandon to her, Marianne finds the dashing and fiery John Willoughby more to her taste. Both relationships are sorely tried.