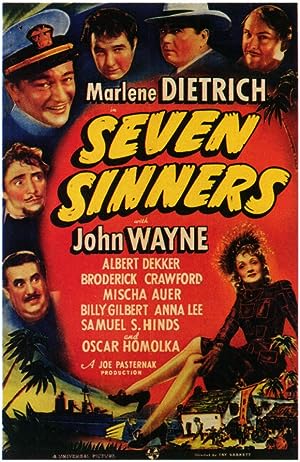 Summary: Bijou, a saloon singer with a reputation for inciting brouhahas, is one of several deportees from a south Pacific island to arrive at another U.S. protectorate, Boni Komba. She becomes very popular with U.S. navy men by performing at the ‘Seven Sinners’. A navy Lieutenant is attracted to Bijou despite the Governor’s machinations to keep them apart, and the competing affections of local mobster, Antro. Will the Lieutenant give up the navy for Bijou, and will he survive Antro’s forces?