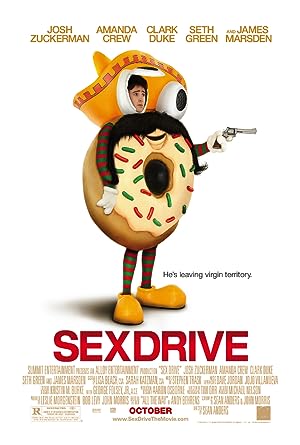 Summary: Ian is a high school senior in suburban Chicago, plagued by being a virgin. Online he’s inflated his resume, met Ms. Tasty, and agreed to drive to Knoxville where she promises sex. He steals his homophobic, macho brother’s GTO, and, with his two best friends, Lance and Felicia, heads south. Every young woman who meets Lance, including Felicia, is attracted to him, as he practices his aptly learned “Pick-Up Artist” skills. Ian, on the other hand, is a decent guy who wouldn’t mind if his friendship with Felicia became a romance. By the time they get to Knoxville, they have encountered a jealous boyfriend, a menacing hitchhiker, jail birds, carjackers, an Amish community, and Ian’s better judgment.