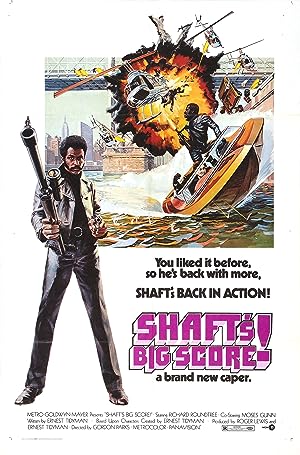 Summary: When Shaft finds out that a dead friend ran a numbers racket out of his legitimate business and left $200,000 unaccounted for, he knows why he has suddenly found himself in the middle of a war between rival thugs. These goons are all trying to take over the territory of the dead man as well as get their hands on the missing 200 grand. Shaft has all he can handle trying to track down the money and, at the same time, keep his friend’s sister from the clutches of the hoods.