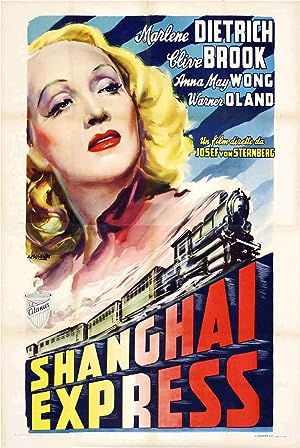 Summary: Many passengers on the Shanghai Express are more concerned that the notorious Shanghai Lil is on board than the fact that a civil war is going on that may make the trip take more than three days. The British Army doctor, Donald Harvey, knew Lil before she became a famous “coaster.” A fellow passenger defines a coaster as “a woman who lives by her wits along the China coast.” When Chinese guerillas stop the train, Dr. Harvey is selected as the hostage. Lil saves him, but can she make him believe that she really hasn’t changed from the woman he loved five years before?