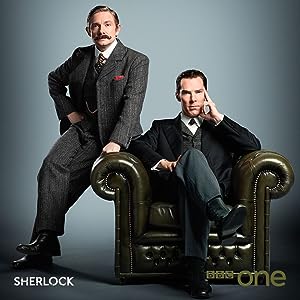 Summary: Imagining himself back in the 1890s, Sherlock is visited by Inspector Lestrade after newlywed Emelia Ricoletti, having apparently killed herself in public, murders her husband Thomas in front of witnesses before vanishing. Some months later Holmes is approached by Lady Carmichael, who tells him that her husband Sir Eustace has been threatened by Emelia, who then seemingly does away with him. With an intrusive Moriarty crossing him, Holmes attempts to solve the enigma, with unexpected help from Watson’s wife Mary and evidence of a conspiracy involving half the population of the country.