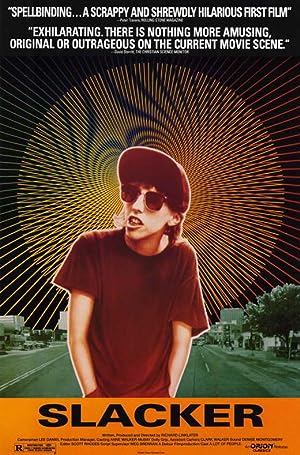 Summary: Presents a day in the life in Austin, Texas among its social outcasts and misfits, predominantly the twenty-something set, using a series of linear vignettes. These characters, who in some manner just don’t fit into the establishment norms, move seamlessly from one scene to the next, randomly coming and going into one another’s lives. Highlights include a UFO buff who adamantly insists that the U.S. has been on the moon since the 1950s, a woman who produces a glass slide purportedly of Madonna’s pap smear, and an old anarchist who sympathetically shares his philosophy of life with a robber.