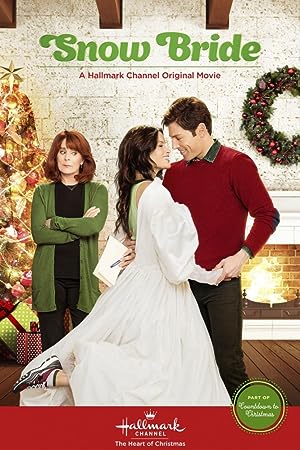 Summary: Greta Kaine (Katrina Law) is always in search of juicy gossip. As a tabloid reporter of gossip in Los Angeles, it’s her job to expose the rich and famous. So when word gets out that the late Senator Tannehill’s sons might be proposing marriage at the families Big Bear compound during Christmas, Greta and her chief rival Wes (Tom Lenk) are challenged by their old-school editor to get the scoop. There’s incentive to be the first, too — the editorship of the magazine’s new online incarnation. Greta’s assistant tells her that Wes has a head start to snowy Big Bear, so she dashes to the mountain resort. When she mistakenly ends up as a guest of the family, she’s in the middle of what could be her best story yet! However, she soon discovers that the family, including matriarch Maggie Tannenhill (Patricia Richardson) and caretaker Peters (Robert Curtis Brown) are more down-to-earth than she ever gave them credit for. Increasingly guilt-ridden about her game of subterfuge, Greta must make a decision: how far will she go for the sake of a story?