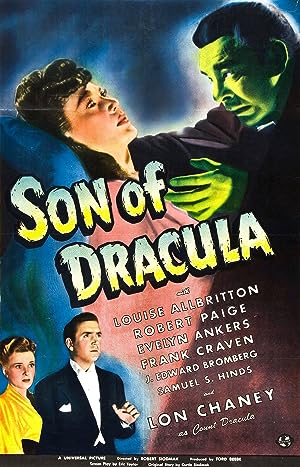 Summary: Count Alucard finds his way from Budapest to the swamps of the Deep South after meeting Katherine Caldwell, of the moneyed Caldwell clan that runs a plantation called Dark Oaks. She’s obsessed with occult matters. Who better to guide her through this supernatural world than Count Alucard, whose name no one bothers to spell backwards? No one, that is, except the wily Dr. Brewster, an old family friend. He’ll join Professor Lazlo, a specialist in the occult, in fighting this “Alucard” and the woman he’s influenced. Or has Katherine influenced him? Meanwhile, Katherine’s fiancé, Frank Stanley, will find his courage and his sanity sorely tested when he accidentally shoots Katherine to death, yet finds that she goes on living.