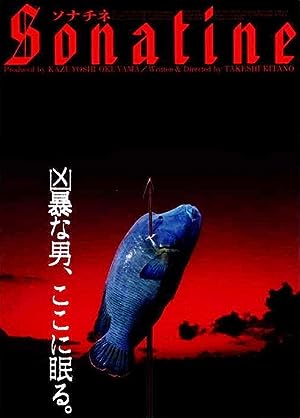 Summary: A world-weary yakuza in Tokyo is assigned to take his clan to Okinawa to help settle a dispute between two factions. He’s suspicious of the assignment, but he goes, and within a couple days, his role remains unclear and several of men are dead. He retreats to a house on a remote beach to wait. The first night there , he rescues a young woman from an assault, and they develop a playful relationship. Over time, it becomes clear he’s been set up, sent to Okinawa so that others can take over his lucrative territory. As his clan dwindles, he plans a revenge. But, what if he’s successful? What is there to life anyway?