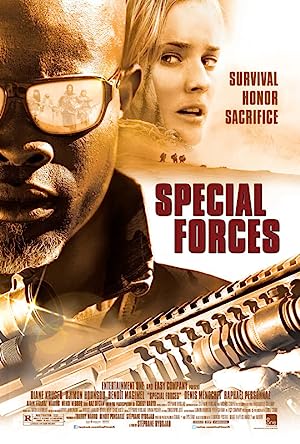 Summary: In Afghanistan, French journalist Elsa and her colleague Amen are covering the story of Maina, a woman sold to a man when she was a child. Taliban leader Ahmed Zaief abducts Elsa and Amen and tries to force them to read a message to Western governments. The French president sends six Special Force to rescue Elsa who’s hidden in a fortress in Pakistan. The team composed of Commander Kovax, Tic-Tac, Lucas, the sniper Elias, Victor and Marius release Elsa and Amen from their imprisonment but lose their radios. Now the group needs to cross the inhospitable land to save their lives with the Taliban chasing them.