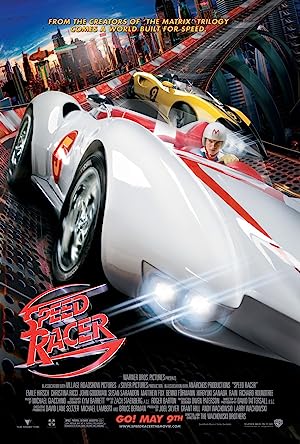 Summary: The story begins with Speed Racer who is a young man with natural racing instincts whose goal is to win The Crucible, a cross-country car racing rally that took the life of his older brother, Rex Racer. Speed is loyal to the family business, run by his parents Pops and Mom. Pops designed Speed’s car, the Mach 5. The owner of Royalton Industries makes Speed a lucrative offer, Speed rejects the offer, angering the owner. Speed also uncovers a secret that top corporate interests, including Royalton, are fixing races and cheating to gain profit. With the offer to Speed denied, Royalton wants to ensure that Speed will not win races. Speed finds support from his parents and his girlfriend Trixie and enters The Crucible in a partnership with his one-time rival, Racer X, seeking to rescue his family’s business and the racing sport itself.