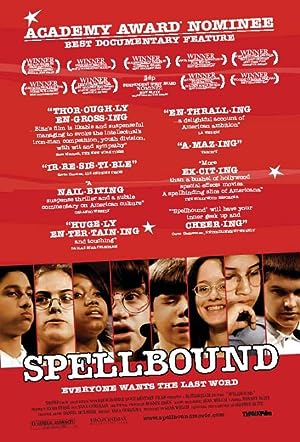 Summary: This documentary follows 8 teens and pre-teens as they work their way toward the finals of the Scripps Howard national spelling bee championship in Washington D.C. All work quite hard and practice daily, first having to win their regional championship before they can move on. Interviews include the parents and teachers who are working with them. The competitors not only work hard to get to the finals but face tremendous pressure as the original group of over 250 competitors is whittled down and the words they must spell get ever more difficult.