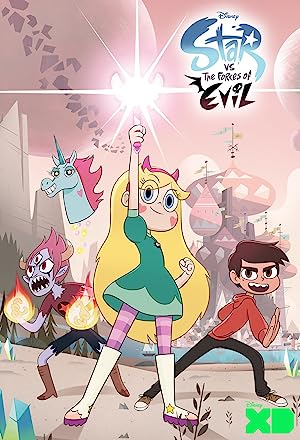 Summary: An interdimensional princess, from the kingdom of Mewni, named Star Butterfly is sent to a new dimension, the Earth dimension, to learn how to use her newest possession, the royal family wand, and she finds help along the way meeting an Earth boy named Marco Diaz, and she lives with Marco and his parents causing all kinds of interdimensional mischief.