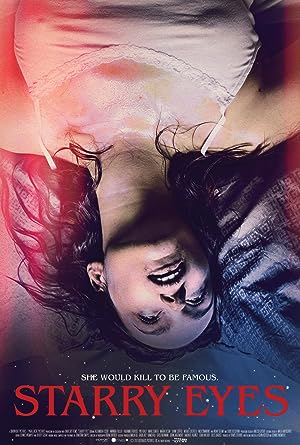 Summary: In Hollywood, the Big Taters’waitress Sarah Walker is an ambitious aspiring actress that suffers from hair pulling disorder. Sarah does not respect her boss Carl or her job since she believes she will be a great actress and this job is temporary only to pay her bills. She shares an apartment with her roommate Tracy that frequently discloses her secrets to their selfish friends Erin that likes to humiliate Sarah and steal her roles; Danny, who is an aspiring director that likes Sarah; Poe and Ashley that are indifferent to her. When Sarah is invited to an audition of the film The Silver Screen from the company Astraeus Pictures, their auditioners do not show any reaction to her performance. When Sarah leaves the audition, she goes to the toilet room and has an attack, pulling her hair and crying. Immediately after, the casting director invites her to return to the room and repeat what she did in the bathroom for her assistant and she. Sarah is invited again to an audition with the producer and when he insinuates to have sex with her, she refuses and goes home. However her ambition prevails and she returns to his house and has oral sex with him. He tells that she wants to be famous, she needs to die and reborn. When Sarah returns home, she finds that her body is deteriorating and she needs to murder her friends to complete her transformation. What will she do?