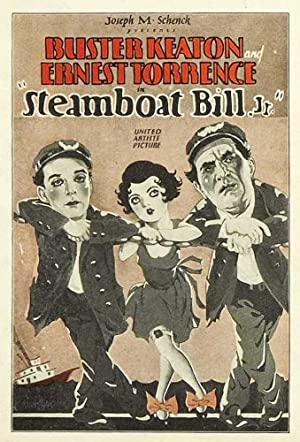 Summary: Following through on a promise to his mother, William Canning Jr. goes to River Junction to meet his father who has not seen him since he was a child. The younger Canning isn’t quite what the elder was expecting but the old man has bigger problems. He’s being put out of business by J.J. King, who not only owns the local hotel and bank, but has recently introduced a new paddle wheel steamer that puts Cannings older boat, the Stonewall Jackson, to shame. Bill Jr. and Kitty King take a liking to each other much to the dismay of both of their fathers. When a fierce storm hits River Junction, Bill Jr. is forced to save Kitty, her father and his father.