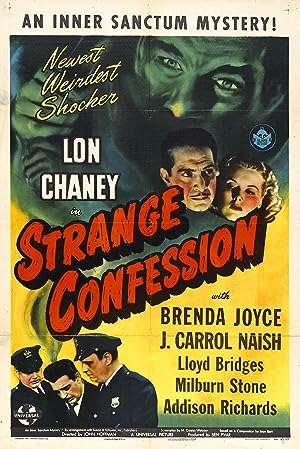 Summary: A distraught Jeff Carter arrives at a renowned lawyer’s home with a mysterious bag and a confession he desperately wants heard. Jeff was an underpaid chemist working for unprincipled pharmaceutical tycoon Roger Graham, who takes the profit, as well as the credit, for Jeff’s discoveries and hard work. When Graham prioritizes profits over safety, Jeff resigns and is blacklisted by his boss. A chastened Graham is later forced to relent and rehires Jeff under the latter’s terms. He presses him to release an unproven influenza drug, but Jeff refuses and asks to go to South America to perfect the formula. The unscrupulous Graham uses the opportunity to release the drug as well as romance Jeff’s attractive wife. When Jeff returns and finds that his son has died from the effects of the untested drug, he decides to take revenge.