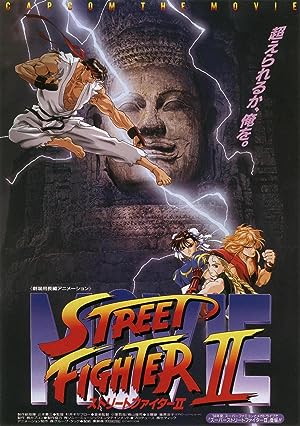 Summary: Bison, the ruthless leader of the international terrorist organization Shadowlaw, has been desperately searching for the greatest fighter on the planet for years. He finds it in Ryu, a young wanderer who never stays in one place long enough for Bison to find him. He does, however, get a fix on Ken Masters, an American martial arts champion who studied with Ryu as a child under the same master. Meanwhile, Major Guile of the United States Army is forced to team up with Chun Li from China in hopes of apprehending Bison and putting a stop his international ring of crime.