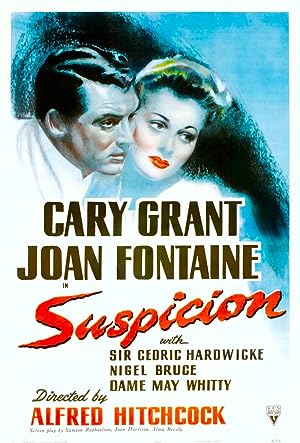 Summary: Johnny Aysgarth is a handsome gambler who seems to live by borrowing money from friends. He meets shy Lina McLaidlaw on a train whilst trying to travel in a first class carriage with a third class ticket. He begins to court Lina and before long they are married. It is only after the honeymoon that she discovers his true character and she starts to become suspicious when Johnny’s friend and business partner, Beaky is killed mysteriously.