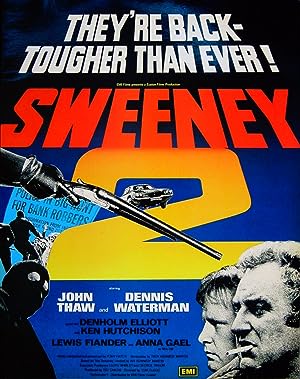 Summary: Second theatrical spin-off from the popular 1970’s police series. Regan and Carter head a Flying Squad investigation into a series of bank raids by a team of well-armed villains who are flying in from the continent.