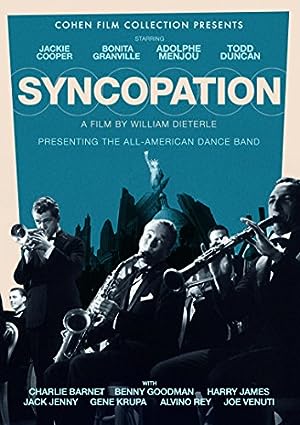 Summary: Covering a quarter-century of American ‘syncopated” music (Ragtime, Jazz, Swing, Blues, Boogie Woogie)from prior to WWI through prohibition, the stock-market crash, the depression and the outbreak of WWII. A romance between singer Kit Latimer, from New Orleans, and Johnny Schumacher, in which they share and argue over musical ideas ensues. Prior to the making of the film RKO held a contest for the readers of ‘The Saturday Evening Post” to vote on the musicians to make up the All-American Dance Band featured in the film; the magazine’s readers chose, in the above-the-title listing: Charlie Barnet, Benny Goodman, Harry James, Jack Jenney. Gene Krupa, Alvino Rey, Joe Venuti, and singer Connee Boswell.