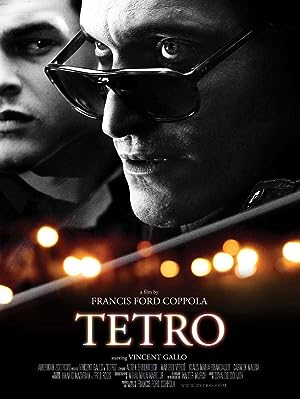 Summary: The week of his 18th birthday, Bennie, who’s a waiter on a cruise ship, has a layover in Buenos Aires. He seeks out his older brother, Tetro, whom he hasn’t seen in years. Tetro, who lives with Miranda, is a burned-out case; he’s hot and cold toward his brother, introducing him as a “friend,” refusing to talk about their family, telling Bennie not to tell Miranda who their father is. Thoughts of their father cast a shadow over both brothers. Who is he, and what past has Tetro left behind? Bennie finds pages of Tetro’s unfinished novel, and he pushes both to know his own history and to become a part of his brother’s life again. What can come of Bennie’s pushing?