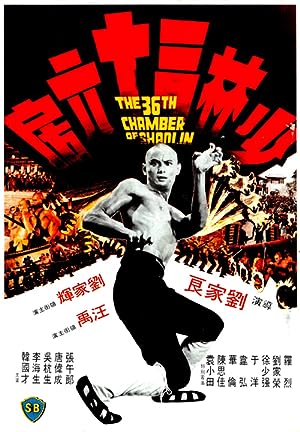 Summary: The anti-Ching patriots, under the guidance of Ho Kuang-han, have secretly set up their base in Canton, disguised as school masters. During a brutal Manchu attack, Lui manages to escape and devotes himself to learning the martial arts in order to seek revenge. In a short period of time he masters the deadly use of his fists, feet and palms, along with such weapons as swords, sticks, and lances. With his learning complete, he takes on the Manchus.