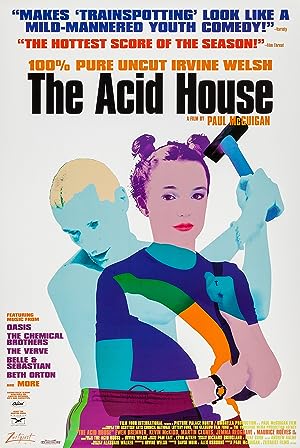 Summary: Three twisted tales from the seamy side of Scotland and the mind of Irvine Welsh. The Granton Star Cause: in the same day a young Leith lad is dumped by his football team, his girlfriend and his parents, arrested and beaten up by the police and turned into a fly by God, whom he meets in a pub. The Soft Touch: a man is too soft to do anything when his wife moves in with the thug upstairs. The Acid House: while tripping on acid, Coco Bryce is struck by lightning, causing him to switch bodies with a newborn baby.