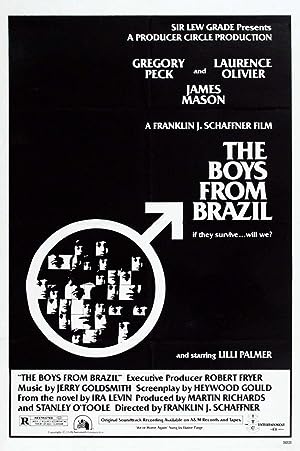 Summary: Barry Kohler, a young Nazi hunter, tracks down a group of former SS officers meeting in Paraguay in the late 1970s. The Nazis, led by Dr Mengele, are planning something. Old Nazi hunter, Ezra Lieberman, is at first uninterested in Kohler’s findings. But when he is told something of their plan, he is eager to find out more. Lieberman visits several homes in Europe and the U.S. in order to uncover the Nazi plot. It is at one of these houses he notices something strange, which turns out to be a horrible discovery.