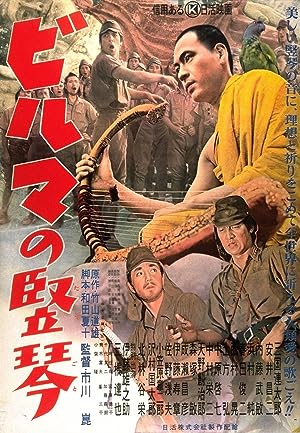 Summary: Mizushima is a soldier in the Japanese army in Burma in World War II. He’s a good soldier and frequently plays his harp to entertain his fellow soldiers. When the war comes to an end, he is asked by the British to go into the mountains to try and convince a Japanese troop to surrender. Given only 30 minutes to convince them, Mizushima is unsuccessful – they would rather die with honor – and the British attack. Deeply affected by what has happened, he becomes a Buddhist monk, traveling the countryside burying the remains of Japanese soldiers. He is unable however to rejoin his brothers-in-arms.