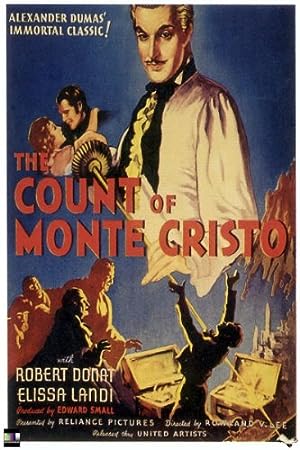 Summary: Edmond Dantes is imprisoned in the Chateau d’If without trial, for carrying a message from Napoleon in exile on Elba. After being told that he died in prison, his fiancé Mercedes is forced to marry his rival Count Mondego. Twenty years later, Dantes escapes with the help of the Abbe Faria, who leaves him the treasure of Monte Cristo. Dantes, now called the Count of Monte Cristo, plans his revenge on the three who framed him.