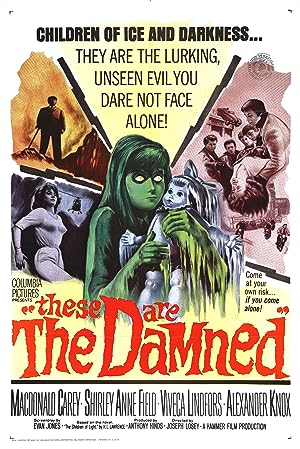 Summary: The middle-aged American Simon Wells sails in his boat to Weymouth and stumbles with the twenty year-old Joan on the street. He believes that she is a prostitute but she is actually part of a scheme of a motorcycle gang to rob tourists. Simon is brutally beaten up by her brother King and his gang. The policemen find the wounded Simon and take him to a bar to recover, where he meets the military Bernard and his mistress Freya Neilson. On the next morning, Joan challenges King and meets Simon in his boat, and King and his gang hunts Simon down. Joan and Simon spend the night together in an isolated house and on the morning, they are located by the gang. They try to flee and stumble in a top-secret military facility managed by Bernard. They are helped by children and brought to their hideout in a cave. King falls in the sea while chasing the couple and is also helped by a boy and brought to the same place. Soon Joan finds that the children are cold as if they were dead. What is the secret of the children and the military staff?

Tags: 1080pBluRayThese Are the Damned