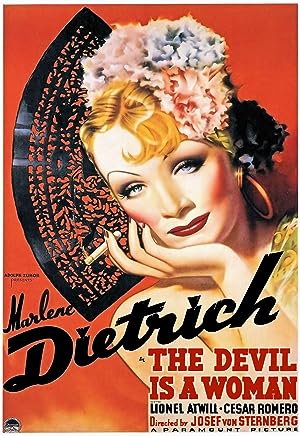 Summary: Film told in flashbacks of an older man’s obsession for a woman who can belong to no-one but can frustrate everyone. The backdrop is SternbergÍs surreal and fantastic Carnaval in Spain. In a café the older man details his encounters with the heart breaker that his younger friend has only just met at the parade. Forewarned, the young man swears he will avoid the fate of his friend, but rushes all the same to his evening rendezvous. A dreamlike story of frustrated, lost romance, spoken in the past tense, never really resolved.