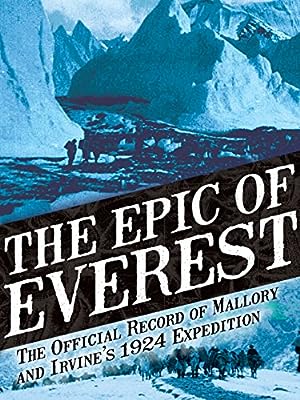 Summary: The official record of Mallory and Irvine’s 1924 expedition. When George Mallory and Sandy Irvine attempted to reach the summit of Everest in 1924 they came closer than any previous attempt. Inspired by the work of Herbert Ponting (The Great White Silence) Captain Noel filmed in the harshest of conditions, with specially adapted equipment, to capture the drama of the fateful expedition.